matamatadot.com || Lombok – The burglar in the safe containing Rp.653.5 million in cash at the West Lombok Indonesian Red Cross (PMI) Office on Jalan Bung Hatta, Mataram City, was arrested by the West Nusa Tenggara Regional Police. The suspected intruder who was arrested on Sunday (07/03/2021) in the morning had the initials SU alias Songak.

“He is the main actor. From the theft he received a share of Rp. 300 million, “said Director of Criminal Investigation of the NTB Police, Kombes Pol Hari Brata, Monday (08/03/2021).

Hari Brata said, during his escape after breaking into the safe at the West Lombok PMI Office, the US was identified as hiding in his hometown in Songak Village, Sakra District, East Lombok Regency.

Read to : A joint demonstration by Malang city student protesters was disbanded for violating the Covid 19 health protocol and vandalizing police cars 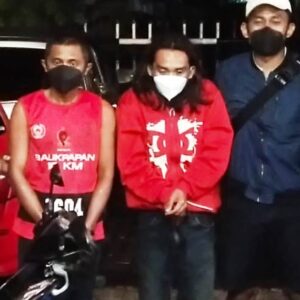