Police managed to uncover the perpetrators of the disposal of the baby’s body in front of the Mosque of Telkomas residential area, Berua Village, Biringkanaya Subdistrict.

Four people were arrested in the case, made up of elderly and self-styled health workers who helped with the abortion process.

The perpetrators were arrested separately in Makassar City and Pinrang Regency, South Sulawesi. They are YO (21) and AS (23), lovers who are also biological parents, the poor baby. Then Men SJ (33), self-styled pharmacist and woman SR (26), self-styled midwife.

The arrest was carried out by a joint team from Jatanras Polrestabes Makassar assisted by Resmob Polda Sulsel. Police first arrested a married couple (couples) SJ and SR in Biringkanaya Subdistrict, Makassar on Friday, October 22, 2021. Then the AS in Antang Village, Manggala Subdistrict.

“The baby’s mother is safe in Pinrang Regency, based on information from her boyfriend. YO women and AS, are students from one of the campuses in Makassar,” said Wakasat Reskrim Polrestabes Makassar AKP Jufri Natsir in the release of the case at his office, Monday (10/25/2021).

Natsir explained, YO and the AS paid Rp9 million to use the services of the couple, helping to have an abortion. The process was carried out at an inn jalan Perintis Independence, Tamalanrea Subdistrict on Sunday, October 17 at around 19:00 WITA.

As soon as the baby girl came out. The four took her to a Labor clinic in Paccerakkang neighborhood, Biringkanaya Subdistrict at about 23:30 WITA. By the clinic worker, yo and U.S. children are put in a baby incubator.

Monday 18 October at around 09.00 Am, the baby girl breathed her last. YO and the U.S. then took the baby’s body from the clinic. “But not buried, instead they threw in front of Telkomas Residential Mosque, the jurisdiction of Biringkanaya Police. Then run away,” Jufri said.

Later the baby girl was found by locals in front of the mosque fence wrapped in plastic bags. The umbilical cord clamps are also intact.

Residents who found it had thought it was a doll, but after checking it turned out to be the baby’s body. 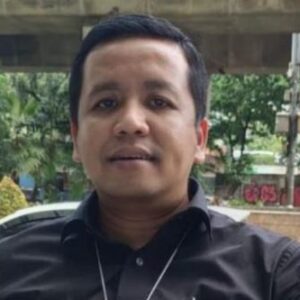